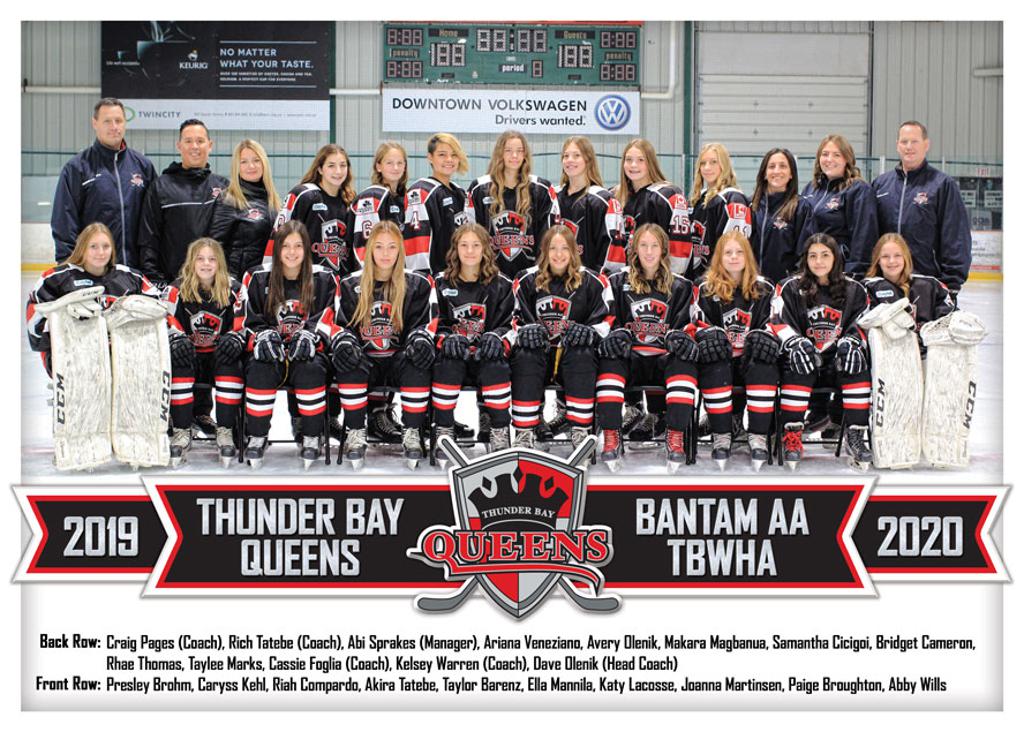 QUEBEC CITY, QC — The Bantam AA Queens tied both of their first games 2-2 at the Quebec City "Tournoi De Hockey Feminin De Quebec” and looked for their first win on Saturday against Étoiles Laurentides-Lanaudiére. Queens jump out to an early 1-0 lead with Avery Olenik banging home a Rhae Thomas rebound. Less then a minute later, Riah Compardo snapped in pass off of the faceoff from Katy Lacosse to add to the lead. The Queens would generate a number of great scoring opportunities throughout the rest of the period but couldn’t capitalize. Halfway through the second, Étoiles would get to within one and two minutes later, they would tie the game at 2-2. There would be no scoring the rest of the way as the Queens, for the third straight game, finished with a 2-2 tie. Presley Brohm stopped 16 shots while the Queens had 24 shots on Étoiles.

With a win being their only path to the semifinals, the Queens needed a win against Durham West Lightning. The game went scoreless through the first. Durham would take a 1-0 lead in the second, which was the only goal of the period. In the third, the Queens pushed for the equalizer but couldn’t find the back of the net, losing 1-0.

In their opening match against the Harfangs Triolet, Taylee Marks put the Queens up 1-0 with a point shot which found the back of the twine. Kate Lacosse and Riah Compardo were credited with assists. The Triolet tied it up late in the first only to see Rhae Thomas regain the lead as she buried a snap shot from the slot after a passing play from behind the net from Bridget Cameron and Avery Olenik.

The Queens would once again relinquish their lead as Le Harfangs tied the game at 2-2 midway through the second period and this would be all the scoring the rest of the way to make the final 2-2.

In their second game against the Stars 55 Mauricie, the Stars opened the scoring early in the first period on a power play.

The Queens would tie the game at 1-1 with Bridget Cameron banging home a rebound with assists going to Katy Lacosse and Makara Magbanua. The game remained tied until the Stars regained the lead with under 2 minutes to go in the 3rd period. With the goalie pulled Ella Manilla punched in a rebound off a goal mouth scramble with under a minute to go to tie the game. Makara Magbanua assisted on the game tying goal. Abby Wills faced 11 shots In net for the tie.

The Bantam AAs must win both of their games tomorrow to have a chance at making the Semi-Finals on Sunday.

To follow along online, head to http://www.poweringsports.net/stats/tournoi/thfquebec/horaire.html?season=11&category=35366 or return to thunderbayqueens.com for nightly write-ups.